You are here: Home / Bareboat charter 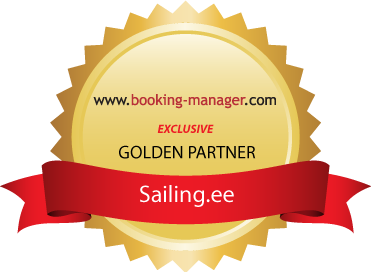 A yacht charter in Estonia will enthrall you with nature, history and culture. Estonia is situated in the Baltic Sea, opposite the Southern provinces of Finland and Helsinki. The area is dominated by nature as the countryside is sparsely populated. The summers are graced with long days and a good amount of sunshine. The country is roughly the same size as the Netherlands but is only populated by 1.4 million residents. Start a yacht charter in Estonia from the capital of Tallinn.

Estonia has a fascinating ancient coastline and its capital exudes romantic history. Tallinn is a European gem that is a UNESCO World Heritage site and is an incredibly well preserved medieval civilization. Charter a yacht in Estonia and discovered all the delights that this historical country has to offer.  Explore the  picturesque old towns with cobbled courtyards and winding alleys that are gloriously overhung with amazing 12th and 13th century medieval churches, merchant’s houses, state buildings and warehouses. It is a city of delightful intrigue with prominent grey towers, topped by red tiles, arching gateways, towering ramparts, cobbled pavements and narrow winding streets.

Tallinn is a city that is steeped in history but it is not stuck in medieval times. The city is also alive with new and modern aspects with the Science and Technology Centre being the city’s showcase of  art and science. This thriving community is also graced  with a modern and efficient public transport system and a vibrant nightlife that hosts cigar bars, pool bars and nightclubs. Dining in this wonderful city is a pleasure with a great variety of cuisine from Pizza and Chinese food to traditional Estonian.
Once you have seen and lived the delights of Tallinn cruise over to the West coast and explore the many islands and islets which have also been designated a UNESCO Reserve. The best time to cruise in this area is from May to September, with June, July or August known as the best time of year. The winters here are cold and snow is prevalent.